Categories
Are you an Entrepreneur or Business owner in EU country? Then register at our site and benefit from buying wholesale. Special offer for new wholesalers - get free shipping for your 1st order over 50Eur! More here.
We Are Open. Despite Coronavirus outbreak our e-shop is fully functioning and processing orders continuously. Shipping time varies according to the situation in the destination country. Thank you for your understanding.

■ Tools for Knitting and Crochet 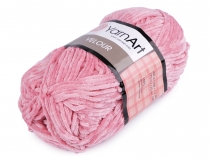 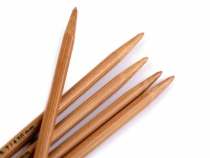 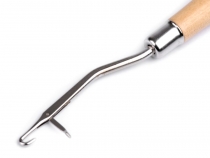 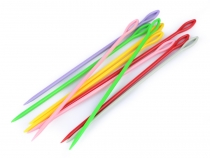 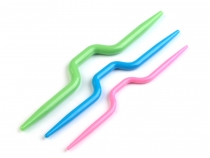 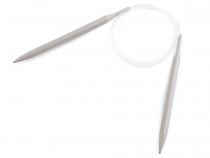 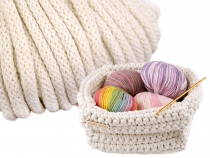 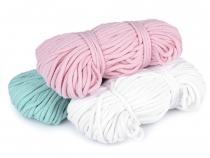 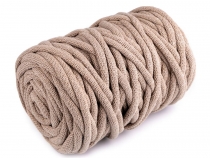 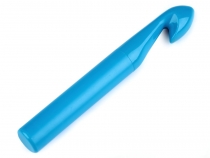 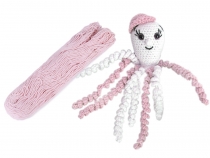 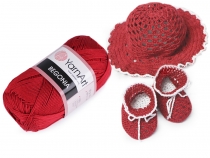 Yarn is a long continuous length of single fibre (e.g. polyamide monofilament for sequins), or it consists of filament fibres twisted or grouped together (e.g. wool darn with woven shirting fabric containg in cut around 100 single fibres of 10-50mm length). Process of darn production is called spinning. Industrial production of darn developed from hand spinning which had been one of the oldest manual activities in the history of humankind. (Linen fabric found in South America is probably more than 10 000 years old).

Open end spinning or open-end spinning is a technology for creating yarn without using a spindle. It was invented and developed in Czechoslovakia. In 1965 Czech KS200 rotor spinning machine was introduced at 30000 rotor rpm. In 1982 there were nearly 4 mil of places using open-end spinnig, which make at least 10% of production capaciy of all spinning mills.

260 000 rotors of spinning machines were runnig in Czechoslovakia covering cca 1/3 of total consumption of darn. 2 milions of "classical" spindles were manufacturing the remaining 2/3 of darn of cotton or wool type.
Under pressure of cheap Asian countries, especially on clothing textiles, situation in Czech spinning mills has developed the same way as in West Europe. In 2006 the sale of darn and fibres of cotton, wool and mixes have reached hardly 1/3 quantity of 1984 year.

According to the law of registration of sales the seller is obliged to issue a receipt to the buyer. Seller is also obliged to register received revenue at Financial Authority online; in case of technical failure this must be done within 48 hours.