Categories
Our eshop continues without restrictions. Due to the high workload of transport companies, delivery may be delayed. BREXIT - orders to GB will be accepted, but shipped first in the beginning of January 2021. More here > 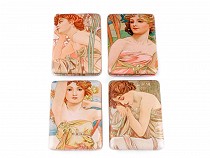 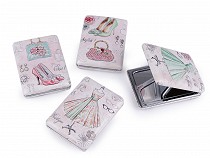 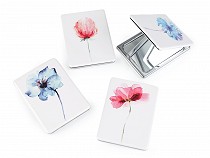 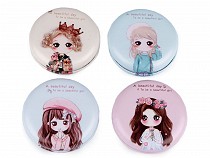 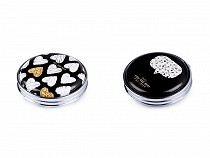 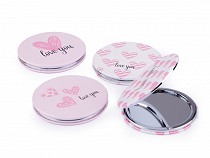 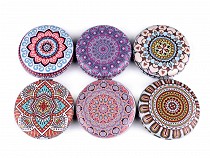 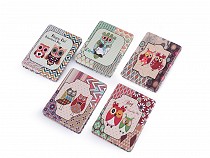 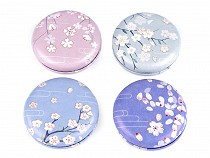 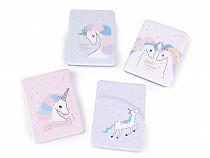 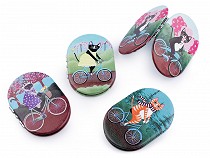 Mirror, mirror, magic mirror… who is the most beautiful girl in the world? Do you look at yourself from time to time into this beloved and sometimes also hated thing, repeating the same formula? Surely you're not alone. You can see it everywhere, it is almost impossible to avoid look at your face. Perhaps such pocket mirror is an integral part of women's handbags because every woman needs to have it always at hand to be able to do her makeup.

Mirrors have different uses. They are sometimes used in security systems so that camera can watch in more than just one direction. They are also used in optical devices and optical systems, such as astronomical telescopes, cameras and submarine periscopes. Mirrors can also be a source of entertainment, such as sending reflections, mirror mazes and amusement parks.

The mirror was widely used in mythology and magic. It was regarded as a mysterious object and as dangerous for those who peeped into it. People believed that those who peered into it will see behind their reflection a devil and will die. On the other hand, it fulfilled the function of protective equipment; it was believed that when a ghost sees himself in the mirror, he gets frightened and runs away. Mirrors are also used for divination, such practices are still alive and the Church even adopted in the Middle Ages patronage over them although only temporarily. Often the person in the mirror was considered to be your double. When death occured, all mirrors in the house were covered so that the soul of the deceased couldn´t enter. Romantic literature deals with mirror theme as with the fatality of double and many authors refer to it during the 20th century, such as Jorge Luis Borges or Ladislav Fuks in his novel The Duchess and the Cook. In the iconography the mirror has different meanings: the attributes of pride and wisdom, vanity, lust, or the Immaculate Conception.

One myth says that when the mirror breaks, the one in question will have bad luck for seven years. But few people today believe this. Rather, it is said that shards bring luck. It sounds much better and it's not as stressful as prospect of having several really bad years. Once the meeting with mirror double used to bring destruction, watching into it today seems banal and ordinary. Even if you look in the mirror, do you know exactly how you look like? Experiments show that monkey, dolphin or a magpie know it but it is always just a rough self-knowledge.

No matter whether you believe in superstitions, or not mirrors are very popular, indispensable and all of us need them . Ladies into their handbags and for making home interior special..., and gentlemen? They also like looking into it, no matter that they often say the opposite. Therefore, we have included in our offer table mirrors as well as mirrors into handbags with various patterns. Just have a look and choose the right one you enjoy looking into.

According to the law of registration of sales the seller is obliged to issue a receipt to the buyer. Seller is also obliged to register received revenue at the Financial Authority online; in case of technical failure this must be done within 48 hours.